Build 3.5 million new dwelling units across California by 2025 and this state’s housing shortage will be solved, Gov. Gavin Newsom prescribed during his campaign last year and many times since.

But it’s not happening, and the problems of affordability and homelessness have grown no easier to solve under Newsom than before his election, despite many months of talk and a slew of new laws designed to make permitting and building new units easier and less bureaucratic.

If there’s a culprit here, it appears to be market forces. For years, the common nostrum was that easier permitting and lower prices could solve the problems, which see more than 130,000 homeless persons around the state and many more who can’t afford the American dream of owning their homes, which in California has been a path to wealth for generations.

It appears not even a drastic measure like this year’s proposed (and later scrubbed) SB50 can do the trick. The measure aims to mandate high-rise housing in job and transit centers and near the busiest bus lines regardless of what neighbors or local officials desire.

That left unsold housing inventory up 22 percent from last year and 37 percent above the five-year average. It caused a slowdown in construction at the very time Newsom and others wanted more building, with new home development in the state’s most populous region down 18 percent year over year.

That reduction in housing sales and construction would hardly get California 3.5 million new units in the next six years. It might generate one-sixth that many, at best.

This was market forces at work: Even though builders dropped the price of new housing below the regional median price, they could not drop it below the $425,000 average cost of building an apartment or condominium in a typical 100unit project. Instead, most new units must be sold for about $600,000 in order to push the price of “affordable” new units in each development down to $350,000 or less.

Such numbers are needed for developers to make any profit, a prerequisite if anyone expects them to build anything. But at those prices, there aren’t enough buyers to sustain the kind of building boom California needs.

That was the Southern California situation, and things were similar in the Central Valley, where prices are significantly lower — but so are average incomes.

Now a similar market-driven malaise affects the San Francisco Bay Area, the state’s employment leader thanks to Silicon Valley. That area’s sustained success has driven up the average cost of Bay Area housing.

The steady upward drive of housing prices in the region began to flag earlier this year, with prices stabilizing at least for awhile. That now has developers in the entire region leery of building very much, according to a new study of California builders by UCLA’s Anderson School of Management and the law firm Allen Matkins. The report focused on multi-family housing, as well as new office and retail construction.

Essentially, builders think the economy will be worse in 2022 than today, and 2022 is about when construction whose planning starts now would be ready to occupy. Developers thus have pulled back on some new apartments and condos over the last six months, and more than half those surveyed said they planned no new multi-family home project starts over the next 12 months.

Survey authors said this was due in part to a rise in new Northern California housing inventories, similar to what began earlier in Southern California. Essentially, if rents and home prices are stable or falling, developers won’t risk their capital.

But at the same time, California needs home prices and rents to drop if it’s to resolve the housing crunch.

It adds up to a plain need for the state to adjust its goals and tactics to reasonable levels. For no one knows just yet whether or how the state can maneuver or legislate its way past this problem. 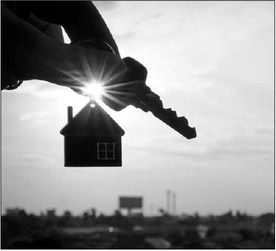 Click here to see this page in the eEdition: